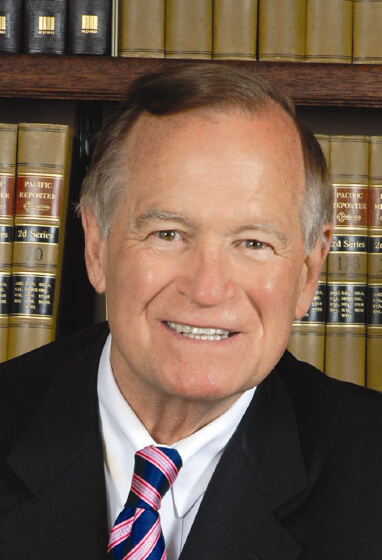 Turner Williamson Branch is a 1956 graduate of the Marist School, Atlanta, and was graduated in 1960 with a B.A. in Political Science from the University of New Mexico where he was president of the student body and a member of Phi Sigma Alpha, the Political Science Honors Society. He was listed in Who’s Who in American Colleges and Universities.

Upon graduation, Mr. Branch was commissioned as a Second Lieutenant in the United States Marine Corps on active duty at Quantico, Va. Thereafter, Mr. Branch was assigned to Camp Pendleton, Ca. and joined the Second Battalion of Fifth Marines, First Marine Division, a noted infantry organization that won fame with the Battle of Belleau Woods in France in World War I and thereafter in World War II in the Pacific Islands, in the Korean War as well as in Vietnam. Mr. Branch was promoted to First Lieutenant and served three-and-a-half years on active duty. He left the Marine Corps in July of 1963 to attend Baylor University in Waco, Texas. Mr. Branch graduated in November 1965 from Baylor Law School, where he was a Section Editor of the Law Review. He received the T.R. McDonald Award as an outstanding student at the Law School. He served as chairman of the Student Grievance Committee, was selected to Omicron Delta Kappa and to the International Legal Fraternity of Phi Delta Phi. He was also selected for the first edition of Best Lawyers in America (derived from a survey of lawyers from around the country), Who’s Who in American Law Schools, and Who’s Who in American Universities and Colleges for a second time.

He returned to Albuquerque, N.M. to practice law in 1965. He is a member of the State Bars of New Mexico, Colorado, and Texas and the Bar Association of the District of Columbia. He was admitted to practice before the United States Supreme Court in 1972.

Mr. Branch has served as:

In addition, Mr. Branch has been an active participant in the diet drug litigation since its inception. He was a founding member of the Texas Document Depository, which now holds over five million pages of the drug manufacturers’ records. Mr. Branch has published seven articles and a book, all legal publications plus numerous articles for publications and Trial Magazine and other trial lawyer association meetings, which are listed in detail on the attached Martindale-Hubbell biography. He has argued numerous cases before state and federal appellate courts and has tried over two hundred and fifty civil jury trials to completion.